You know you’ve done a thorough research when you’re trying to decide between Brother SE400 vs. SE425. It’s only at this junction that you want to know the real differences between the two highly rated models.

Let me give out the answer right here, right now. And in the rest of the article, I’ll be explaining why and how I reached this decision. There are two major differences between the Brother SE400 vs. SE425. The first is a big one while the second is small yet significant.

But here’s something you should know. Both computerized sewing embroidery machines are excellent. They have the ability to produce top quality embroidery. And both the units feature a similar touchscreen LCD display.

However, don’t forget that the SE400 ranks among the top sellers. And it has been this way for a very long time!

So here’s my only reason for picking the Brother SE400. The machine is just as well-equipped and high-performing as the Brother SE425. But with a lower, more affordable price tag!

Now how about I give you just what you want to know? The ultimate Brother SE400 vs. SE425 comparison! I have divided the post into many sections.

In the form of commonly asked questions regarding the differences! That way I hope it’ll be easier for you to understand the answers.

*The differences are highlighted in red.

What is the Difference in the Sewing Performance?

It’s a relief to know that both machines feature 67 integrated sewing stitches. The speed for sewing is 710 stitches each minute. And out of the 67 stitches, 10 of them are single-step buttonholes.

What is the Difference in the Embroidery Performance? 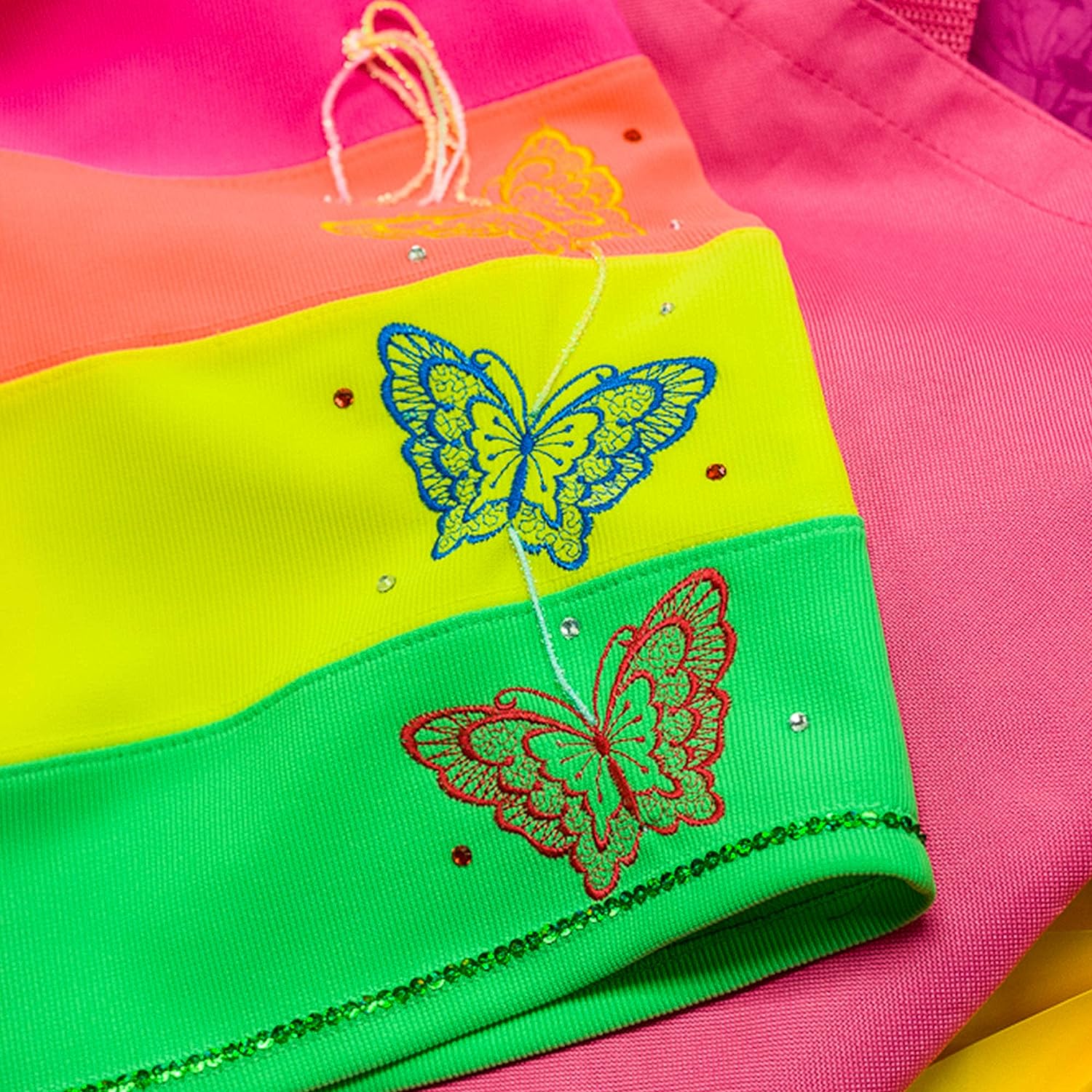 The Brother SE400 offers 70 integrated designs. And so does the Brother SE425. But in the case of the latter, you also get a useful CD packed with 100 extra designs.

As for the embroidery speed, it’s 400 stitches each minute. So even the embroidering performance is identical! Both machines might not be the fastest with regards to speed. But they surely can construct precise designs with neat and clear stitches.

What about the Difference in Speed Adjustability?

Adjusting the speed at the time of sewing thick layers is crucial. The same rule applies when creating dense embroidery. So in both cases, you’re pretty much covered.

There’s no Brother SE400 vs. SE425 debate here. And that’s because the majority of such Brother machines allows you to change the speed. That too quite conveniently!

Can I Change the Hoop Size in Both Machines?

As you already know, the size of the hoop is four by four inches. So does that mean you’re stuck with this hoop in both the models?

The answer is NO and YES.

The latter because you can always buy a smaller or larger hoop! Either one works well on both machines. And former because the SE400 and SE425 have a maximum integrated design size of only four by four inches.

If you want a larger design, this is what you can do. Split this design first, and then reposition that hoop. But don’t forget that you cannot fit in bigger hoops. In that context, both the Brother SE400 and SE425 offer limitations.

My advice to you, at this point, would be to opt for another Brother model altogether. Preferably a standalone embroidery machine! Such a unit allows you to work with larger hoops as well as embroidery designs. The only drawback here is that they cost more than combination machines like the SE425.

And for smaller designs, the company manufactures 1 by 2.5-inch hoops. These are very useful for making designs on infant clothing. Or for monogramming cuffs and collars!

How about Importing Designs to the Machines? 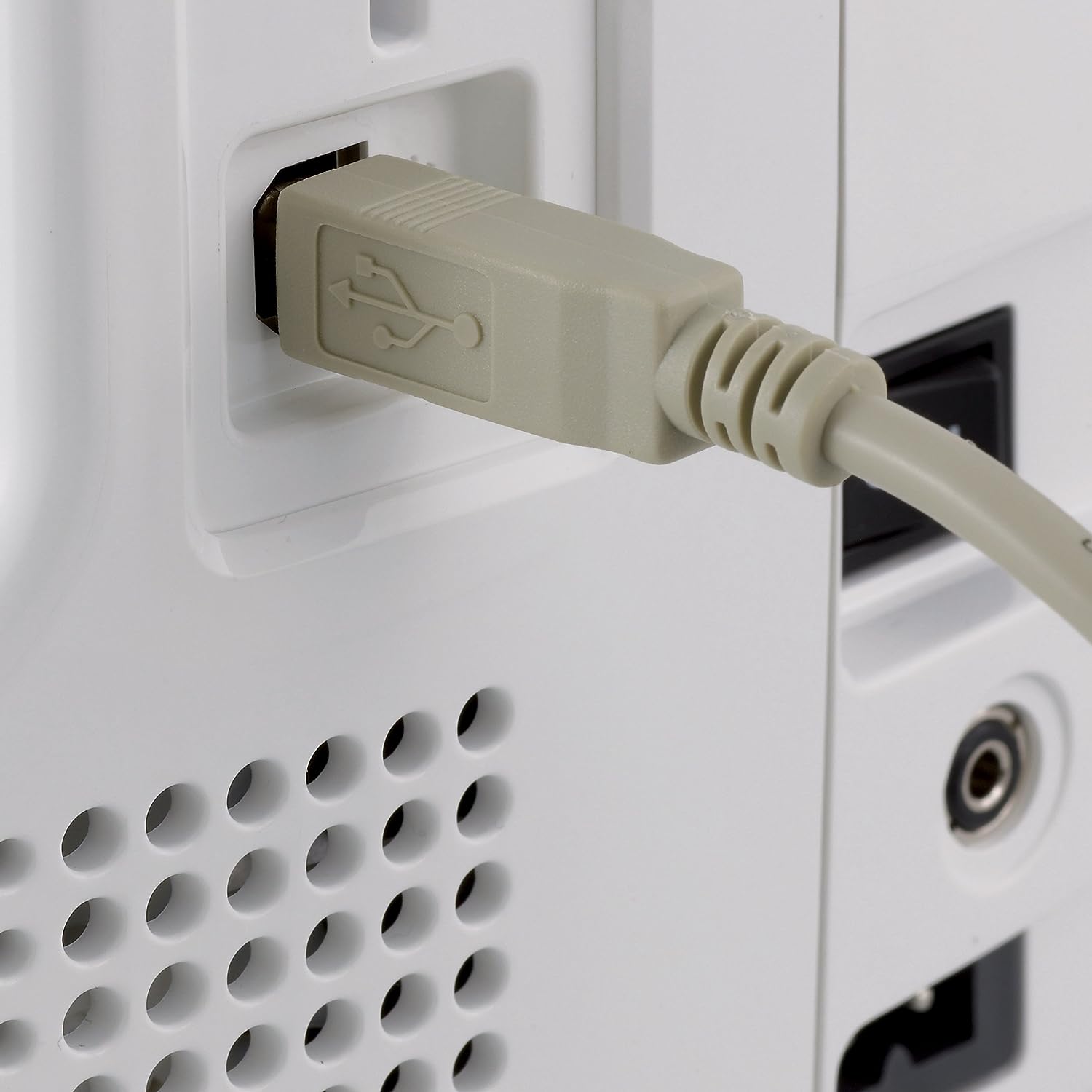 It’s exciting to find out that the Brother SE400 and SE425 feature the USB port. This means you can plug in your USB to import new designs. In fact, feel free to directly connect your computer to the unit as well. The company has somehow managed to add that kind of convenience too! Isn’t that amazing!

But there’s a catch here. The memory space is quite limited. The SE400 and SE425 can handle only as little as 12 designs. Plus, this number hugely varies depending on the pattern of those designs.

The chances of deleting old designs to accommodate new ones are quite enormous. And don’t expect one model to perform any better than the other. They are equally troublesome at such times.

But here’s something you might want to hear. Both the sewing/embroidery machines are equipped with a design card slot. If you decide to buy the card to extend your creativity levels! These cards contain extra embellishments and designs. That you can incorporate into your overall project.

To download individual designs, all you have to do is click here. The link redirects you to the company’s iBroidery page. You can then select the design and save them. Before transferring those to your SE425 or SE400 with the help of the USB drive.

Feel free to download designs from other websites too. Just make sure that the file format is either PES or DST. Otherwise, they are not compatible.

Remember I talked about the two major differences between the Brother SE400 and SE425? In the second paragraph of the introduction!

The big difference is that the Brother SE425 comes with a CD that contains 100 extra designs. So you don’t really feel the need to download them one by one. As in the case of SE400! You save time by having access to the entire collection in a single place.

What about the small yet significant difference? It’s the look of both the machines. The Brother SE400 has a purple and white decal. As for the decal of the Brother SE425, it’s tan in color.

That’s it. These are the only differences. That exists between the two most popular Brother sewing/embroidery machines.

The chances are you might not end up using any. So why spend more on nothing at all!